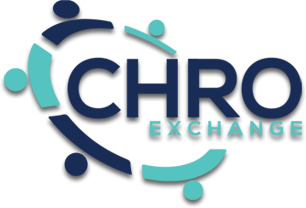 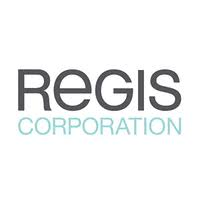 Shawn Moren has over 25 years of senior level HR and business experience in private and large public organizations in the retail industry.  She thrives and specializes in massive change environments, including high growth and turnaround challenges that require quick transformation.  She has a passion for change, practicality, and improving the lives of people.

She is currently the SVP of Artistic Education and CHRO of Regis Corporation where she is responsible for human resources, communications, and artistic education for this $1.2 billion retailer with over 40,000 stylists nationwide.  During her tenure at Regis, she has increased revenue by doubling the amount of stylist applicant flow and developing new commission plans.  She also developed a new digital training platform delivered solely through social media.

Prior to Regis, Shawn was head of HR at Bluestem Group, where she transformed the company from being a relatively unknown employment brand to breaking into the top 20 of Minnesota “Top Workplace” rankings.  She also created a community relations strategy that doubled corporate contributions and increased public perception of the brand.  When the company entered into financial difficulty she developed a restructuring strategy that enabled the company to begin paying profit-based incentives within one fiscal year of the financial troubles.

She spent much of her career in leadership roles at grocery retailer, SUPERVALU Inc. where she rotated through all senior level HR roles, including VP, Compensation and Benefits, VP, Talent Management, and Group Vice President, Human Resources.

While at Supervalu, she became known for her expertise in divestitures, restructuring, and acquisitions because of her strategic, collaborative, financially oriented, and objective approach.  At the same time, Shawn was known for her creativity and innovation in the talent space.  She created an ROI based succession planning approach, was awarded the Progressive Grocer “Top Women in Grocery” Award because of talent efforts that improved sales capability, and introduced performance incentives that drove “above plan” results.  As a result of her early career efforts in building high-potential employee programs, she won Twin Cities Business Magazine’s “Emerging Leader Award.”

In her early career, she held positions in labor relations, sales, and employee relations in large retailers including Best Buy and Ashland Oil.

Shawn holds a Bachelor’s degree from the University of Kentucky and a Master’s of Business Administration from Eastern Kentucky University.  She resides in Minneapolis with her husband, Mark.

In her free time, she volunteers her time as an auctioneer for charity organizations and is a guest speaker for the University of Minnesota HR Doctoral Student Education.

8:40 AM Improving hiring and training results through the use of Technology and Artificial Intelligence

Check out the incredible speaker line-up to see who will be joining Shawn.