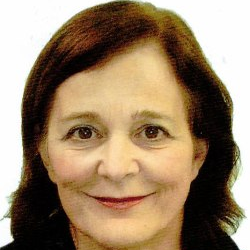 Professor Thalmann joined NTU in August 2009 as the Director of the interdisciplinary Institute for Media Innovation. She has authored dozens of books, published more than 600 papers on virtual humans/virtual worlds and social robots (jointly with her PhD students), organised major conferences as CGI, CASA, and delivered more than 300 keynote addresses, some of them at global events such as the World Economic Forum in Davos.

During her illustrious career, she also established MIRALab in Switzerland, a ground-breaking interdisciplinary multimedia research institute. She participated in more than 50 European research projects, helping MIRALab to develop revolutionising interdisciplinary research in computer graphics, computer animation, and virtual worlds and producing impactful work that synergises art, fashion, computer graphics. Her work is regularly displayed at museums, galleries and fashion shows. Her most recent work includes the 3D virtual patient, including a case study on visualizing the articulations of ballerinas while dancing or soccer players.

In NTU, Singapore, recently, she revolutionized social robotics by unveiling the first social robot Nadine that can have mood and emotions and remember people and actions.

Besides having bachelor's and master's degrees in disciplines such as psychology, biology, chemistry and computer science, Professor Thalmann completed her PhD in quantum physics at the University of Geneva. She has received honorary doctorates from Leibniz University of Hannover and the University of Ottawa in Canada and several prestigious other awards as the Humboldt Research Award in Germany.

She is Editor-in-Chief of The Visual Computer, co-Editor-in-Chief of Computer Animation and Virtual Worlds, and editor of many other scientific journals. She is a life member of the Swiss Academy of Engineering Sciences.

9:10 AM Panel: The Future of Human-AI Collaboration in HR

Check out the incredible speaker line-up to see who will be joining Nadia.