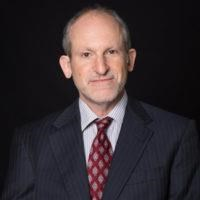 David is President and CEO of the Boyce Thompson Institute and an Adjunct Professor of Plant Biology at Cornell. He is a plant molecular biologist who has contributed to our understanding of interorganellar communication in eukaryotic cells. In his current research, Stern investigates nuclearcytoplasmic interactions. His laboratory studies how chloroplast genes and metabolic activities are regulated by the products of nuclear genes, often at the transcriptional or post-transcriptional level. They also focus on the role of chloroplasts, as the site of photosynthesis and other metabolic pathways, in plant development, and in responding to environmental stimuli. Their work incorporates intensive studies of global and individual gene  regulation under normal growth or stress conditions. They employ techniques including genetics, plant transformation, and biochemistry to unravel these processes. Under the aegis of the ASPB Science Policy Committee, David authored, “Unleashing a Decade of Innovation in Plant Science: A vision for 2015 – 2025”, a unifying plan to advance plant science to address pressing issues related to food, fuel and shelter in the face of climate change and a growing population. He currently leads the Plant Science Research Network (PSRN), an NSF-supported consortium of fourteen professional societies and organizations whose members are active in plant science research, education and advocacy.

The overarching objectives of the PSRN are to implement the Decadal Vision, build consensus around research, education and training to promote discovery, broaden participation and have a measurable impact on pressing challenges around food, agriculture, the environment and human health. Workshops using scenarios developed in “Imagining Science in 2035” led to the recent release of “Reinventing Postgraduate Training in the Plant Sciences”, a report that enumerates a set of far-reaching recommendations for postgraduate training, emphasizing experiential learning beyond the traditional disciplinary focus. David graduated from the University of California, Berkeley, with a degree in molecular biology, and received a Master’s and doctoral degrees from Cambridge University and Stanford University in 1982 and 1986, respectively. He joined BTI in 1989 and in 2001 became the vice president for research. In 2004 he assumed the position of president and has served BTI in that capacity for more than a decade.

11:05 AM Cluster Hiring – A New Way to Build Agile and Cohesive Teams

In 2018, a handpicked group of the world’s most promising young plant scientists arrived for a unique interview experience at the Boyce Thompson Institute (BTI), a prestigious independent research institute headquartered and located on the Cornell campus. Over the next 48 hours, BTI put these faculty candidates through an elaborately orchestrated and potentially groundbreaking experiment in hiring. Join David Stern as he discusses the values and challenges of this process, and how it helped them align a team of scientists, reducing the time to competency, encouraging risk-taking, and shrinking the time to innovation.

Check out the incredible speaker line-up to see who will be joining David.