A woman has left Google after accusing the company of retaliation.  In other HR news, the HR Analytics market is climbing in worth, and the HR Tech Online Summit North America is a success two years in a row.

One of the two woman accusing Google of retaliation has left the company.  Claire Stapleton, along with colleague Meredith Whittaker, organized an employee-led walkout in November.  During that event approximately 20,000 Google employees protested how the company has handled sexual harassment claims as well as equity and transparency.  Stapleton says it was that event that initiated the alleged retaliation by the tech giant and that ultimately led to her leaving the company.

Stapleton said Google demoted her in the months following the walkout.  She lost half her reports and a project previously approved was cancelled.  After she reported the instances to HR, Stapleton says her manager began to ignore her.  She says she was also told to take medical leave despite not being sick.

Stapleton was later reinstated to her previous position after her lawyer contacted the company and requested an internal investigation.

In a letter published on the Medium website, she said:

“These past few months have been unbearably stressful and confusing. But they’ve been eye-opening, too: the more I spoke up about what I was experiencing, the more I heard, and the more I understood how universal these issues are. That’s why I find it so depressing that leadership has chosen to just bluntly refute my story. They have a different version of what happened; that’s how this works.”

ABC News reached out to Google for comment but none has been given.

There is going to be even more money in HR analytics in the next five years according to new market research.  MarketsandMarkets says the market is expected to be worth $3.6 billion by the year 2024.  To put it in context, the current HR analytics department is valued at $1.9 billion.  The report gives the following factors behind the growth: 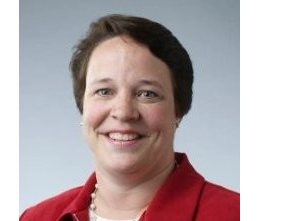 Keurig Dr. Pepper Inc. has chosen its new chief human resources officer.  Mary Beth DeNooyer will take over the position officially July 8 according to a press release from the company.  DeNooyer has 25 years of human resources experience.  Her most recent assignment was as CHRO at Pinnacle Foods Inc.  She has also served as the CHRO for Hillshire Brands and has worked in HR at Sara Lee, The Pepsi Bottling Group and General Mills.

When it comes to HR technology, every HR professional is looking for answers.  The reality is simple:  like space, there is so much out there that is not understood.  From implementation to application, there is so much unknown potential and “dangers” involved.  Add that to the reality there appears to be no end in sight and you have the underlying reason the HR Exchange Network conducts the HR Tech Online Summit North America event each year.

For two days, HR professionals around the world logged in from their offices, homes and coffee shops to participate in the North American event.  Attendees came together in an online forum to discuss everything from data to employee engagement.  To read the Top 9 Quotes from the event, click here.