Drucker Said to Disregard What Everyone "Knows" *

William Cohen, Ph.D.
11/02/2015
Drucker said and wrote so much that was wise, profound, valuable, and witty that he may have more quotes attributed to him than any other management thinker of modern times. I am frequently asked whether a comment attributed to Drucker could actually be confirmed. Sometimes it sounds like something Drucker might say, but I cannot recall his actually saying it, or reading it among his writings or speeches. There is, however, one particular remark that I clearly remember his making again and again. Yet, only after I wrote and explained this in several of my books about Drucker did it appear anywhere, and I have never seen it among his published work. This is what he said . . . often: "What everyone knows is usually wrong." His continued use of this phrase clearly meant that he not only believed it strongly, but considered it important. I investigated its truth and discovered just how correct he was.

Drucker was Right Again
Maybe through repetition I finally began to think more deeply about what his words really meant. This seemingly simple and self-contradicting statement is not only true, it is immensely valuable in every business and management decision and analysis. What Drucker wanted to emphasize was that we must always question all assumptions no matter from where they originate or how obvious they may first appear. This is especially true regarding anything that a majority of people "know" or assume without analysis or further questioning. This "knowledge" should always be suspect and needs to be examined much more closely, because in a surprisingly high percentage of cases, the information "known to be true" will turn out to be false, inaccurate, or true only under certain conditions. This can lead a consultant to overlook some uniquely valuable alternatives and to adopt some extremely poor, even flat wrong recommendations. I now consider this simple statement critically important regarding his work and especially that in consulting engagements.

Is What Everyone Knows Usually, Sometimes, or Never Wrong?
Of course there are many old "truisms" once thought by everyone to be true which we laugh at today. "The world is flat" or "The earth is the center of the universe" are typical. Doubt some of these things in past centuries and you could be sent to prison or burned as a witch. The ancient Greeks knew that everything was made up of only four elements: earth, air, fire, and water. I don’t think that you got imprisoned or killed for believing otherwise, but you were at the very least thought ignorant.

In modern times we learned that these views were mistaken. When I took chemistry in high school, I learned that a Periodic Table of Elements had been formulated by the Russian chemist and inventor, Mendeleev and that it had been established that there were exactly 93 elements which were arranged by atomic mass. You got an "A" if we could name them all. Had we proposed that there could be more, I am certain that we would have been immediately corrected by our teachers. In the words of Richard Rodgers and Oscar Hammerstein in Oklahoma, things "had gone about as far as they could go." Today, there are 102 elements --- or so "everybody knows." And they forgot to tell is that Mendeleev had only envisioned 63 elements . . . the other thirty hadn’t been discovered yet in his time.


We see a lot on TV and in the movies again regarding Arthur Conan Doyle’s famous detective, Sherlock Holmes. Everyone knows Sherlock’s most famous utterance was a sentence consisting of only the four words, "Elementary, my dear Watson." Everyone knows that the famous detective would respond with these words on Dr. Watson’s surprise at a particularly shrewd and unexpected deduction made by the sleuth. Maybe everyone knows this, but they are wrong. As pointed out by Paul F. Boller, Jr. and John George in their book, They Never Said It (Oxford University Press, 1989), Holmes didn’t utter the immortal words in a single instance in anything ever written by Doyle, not in any of Doyle’s four published novels and fifty-six short stories about the adventures of Sherlock Holmes and his side-kick and physician friend, Dr. John H. Watson. Wherever than did people ever come up with such universally believed, but incorrect knowledge? If not Doyle’s literary character, who did utter these immortal words? It was the English actor, Basil Rathbone playing the part of Sherlock Holmes in Hollywood movies that responded with the famous sentence, not Doyle’s character in anything he ever wrote. These words seemed to fit the character of Holmes perfectly in those days on the silver screen, and though not emanating from Doyle’s creation, it became a known fact that it did.

Analyze Every Assumption
Many years ago, I was involved in the selection of one of two designs for a new aircraft from two different companies for the Air Force. The companies were The Boeing Aircraft Company and McDonnell-Douglas Aircraft Company. Those who know this industry also know that the former company eventually acquired the latter, but this has nothing to do with my story here. Both companies proposed modifying one of their standard airline designs which was already in production and in use.

Periodically we would meet with each aircraft company’s design team individually to access progress on each company’s proposals, the acceptance of which would be worth hundreds of millions of dollars to the winning contractor.

On one occasion we met to discuss ways in which we might lower the cost of each aircraft. The suggestion came from the McDonnell-Douglas manager although getting ahead of my story it was the other contractor who ultimately won the contract. He said: "You can save $10 million dollars for each aircraft produced if you will allow us to deviate on the size of the escape hatch by two inches. That would be the standard size of the hatch of current airliners. They successfully passed all FAA tests with no problems." I promised to look into his request. It could save a lot of money.

Tracking Down the Origin
The initial source was the engineer who had put this requirement into the package listing design specifications that we had sent to the two aircraft manufacturers. However, frequently, we need to conduct a process I call "peeling the onion" because the initial source may not be the actual originator. What we are looking for lies inside one, maybe more layers of onion we need to peel away to get to the center – the ultimate source.

As soon as I could I contacted the engineer responsible for the aircraft specification that McDonnell-Douglas wanted dropped. "We can’t do it," he told me. "This requirement comes directly from our aircraft design handbook with specifications that we must use for all new transport type aircraft."

This meant that the source had another source. This other source was the design handbook. Not only did it produce a predictable and repeatable result, but "everybody knew" because of its reliability, not only that these dimensions were the correct ones for the escape hatch, but that we were required to use them.

Is the Source Valid?
Both reliability and validity are concepts that come from testing. The validity of a test tells us how well the test measures what it is supposed to measure. It is a judgment based on evidence about the appropriateness of inferences drawn from test scores. But we’re not looking at test scores here, we’re looking at assumptions. So where did this particular specification in the aircraft design handbook come from? Knowing that source could help me decide whether this particular specification was valid for the aircraft we now wanted to build. Another words, we still hadn’t located the original source for this information.

So, I looked further. I knew that every specification in the aircraft design handbook was referenced as to where it came from and what it was based on. Making this a requirement was good thinking. Usually they were based on the original tests performed. I asked the engineer to do the necessary research to find out what tests this particular design specification was based on and when they were accomplished. Surprise, surprise, this specification was based on an aircraft test done with propeller-driven aircraft almost thirty years earlier. That aircraft traveled at about 120 miles per hour. The Aircraft we were working on traveled at about 500 miles per hour. Obviously, in this instance, the design specification was not valid. We turned it over to one of our aeronautical designers. He advised us to forget what everyone knew (the design handbook) and the two inches at the air speeds we were anticipating for an emergency bailout would make no difference at all. We took his advice and saved millions of dollars. Shouldn’t you follow his cautionary assertion too?
*Adapted from the book, Peter Drucker’s Consulting Principles to be published by LID, 2016. 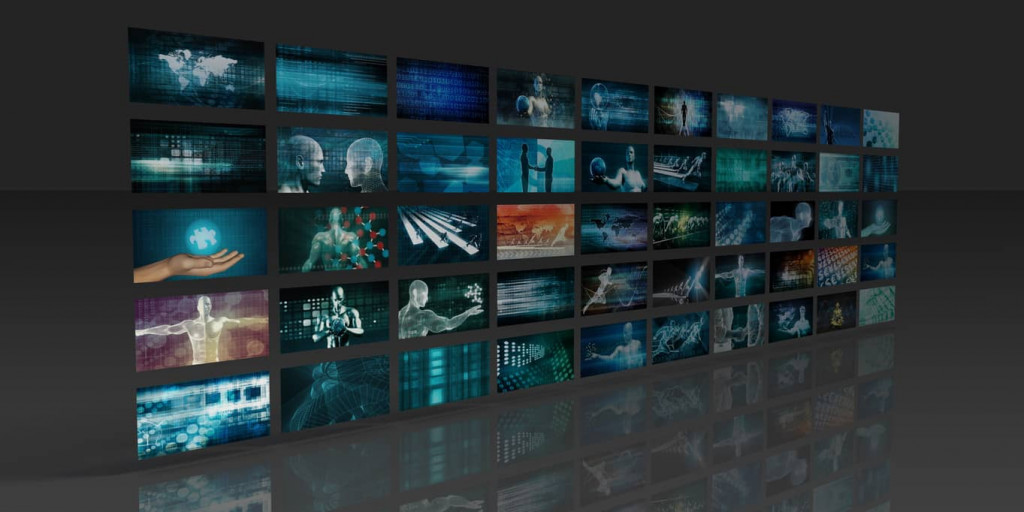 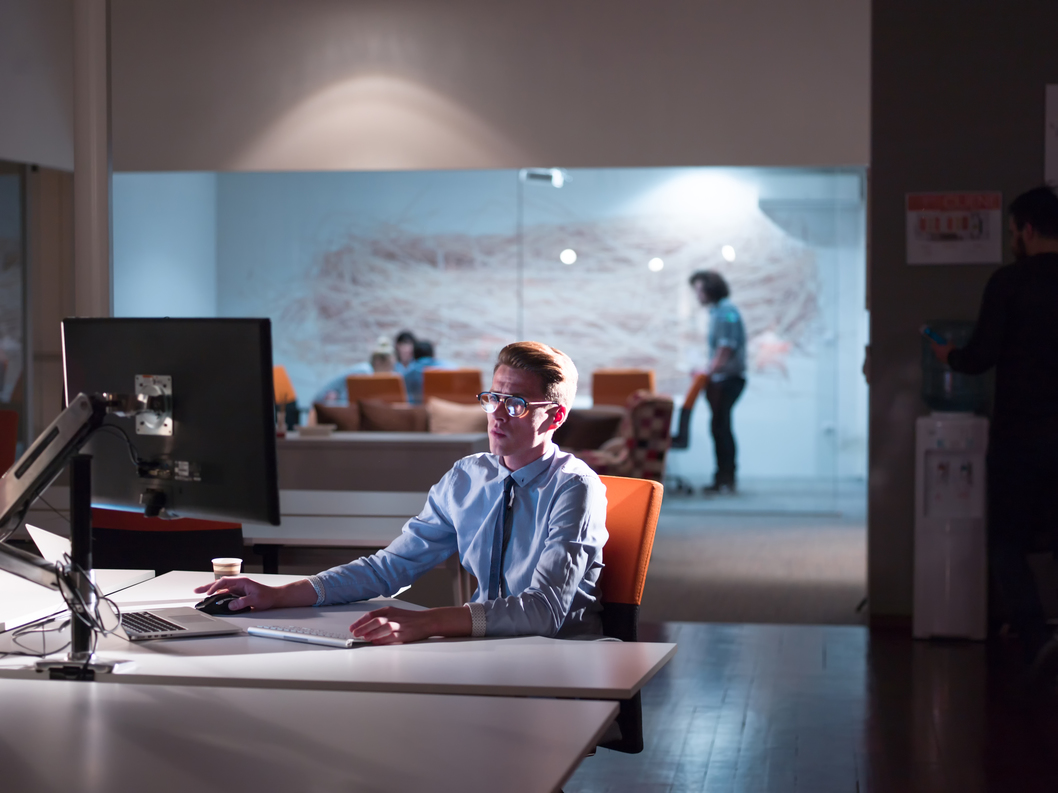