The Future of Work is Now 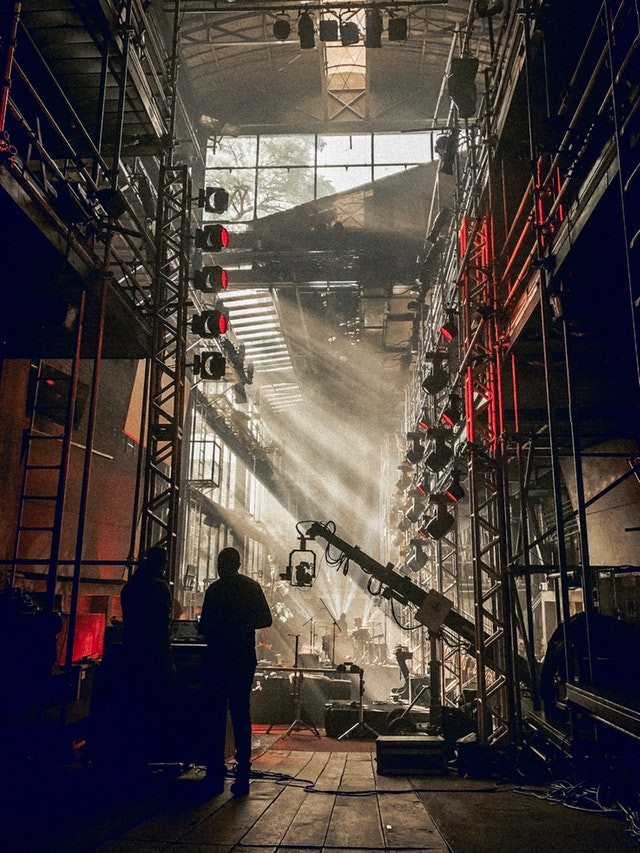 It wasn’t too long ago work looked like exactly what you would expect:  an open office space with desks and/or cubicles lining the walls or throughout the space.  Conference rooms were nearby and the break room was always bustling.

RELATED:  Culture is the Future of Work

The people in charge were older and more experienced.  Those lower on the ladder were younger and focused.  Some were climbing the corporate ladder while others held it in place for them.

Now, spaces are more avant garde.  Desks are still present, but now, many of them are nameless belonging to everyone and not one person alone.  There are couches with tables nearby, green spaces, and quiet spaces.  Everyone works on a laptop or a mobile device moving from spot to spot.  Some are there everyday while others are transient; remote workers working in the office rather than at home.

So, what are the forces behind the change?  The answer is simple relatively speaking.

And the timing couldn’t be better.  By 2020, it’s estimated the workforce will be 50% Generation Z.

Like their millennial predecessors, Generation Z has a strong sense of technology.  In fact, many parts of their lives include technology and they are quite comfortable with it.  So comfortable in fact, some prefer to work remotely.  Translation:  the days of going into an office and working in a cubicle are dwindling.

Buffer’s State of Remote Work report says remote workers will account for nearly three-quarters of the U.S. workforce by 2020.  In addition, the remote workforce is not only growing in size, but also in the level of positions on a “remote payroll” level. 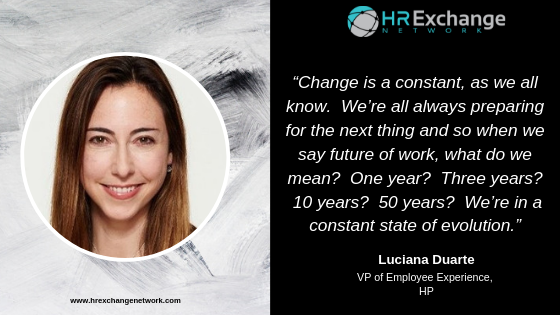 Full-time employees from the lowest ranked to the top executive spend entire days at home logged in to their company’s mainframe through a remote client.  Some don’t even stay at home, taking their laptop with them to the library or favorite coffee shop to work.  They are video conferencing with fellow remote workers and conducting full scale projects without having to be in the same room with their team mates.

In fact, the same report mentioned above says 90% of the remote workers they surveyed said they would spend the rest of their career working remotely.

Remote workers aren’t just full-time employees.  A growing segment of them are freelance or gig workers; workers who shop their skills out to multiple employers at a time.  This has real implications for HR.

“It changes the way that we lead and manage teams,” she said.

Stewart explained that, in a gig economy, the person is not a resource controlled by the company.  Instead, the person is shared with other companies.  It’s a significant change to the workplace because that gig employee can change companies based on their skills and desires with no strings attached.

Having said all that, most HR professionals who’ve talked about the remote workforce aren’t focused on the technology that makes it real; they focus, instead, on how to keep those employees connected to each other.

That’s driving a huge culture change.  Some have joked both generations were practically born with technology in-hand.  As a result, these workers have built-in expectations when it comes to access to information in their personal lives, and they extend that to their professional lives.

For instance, many of them are accustomed to asking an AI-powered device such as Apple’s Siri or Amazon’s Echo device to play a song for them or turn on the lights and it happens instantly.  Within minutes, they can put together a playlist for working out or play music during a party.  It’s all about personalization.

“Change is a constant, as we all know.  We’re all always preparing for the next thing and so when we say future of work, what do we mean?  One year?  Three years?  10 years?  50 years?  We’re in a constant state of evolution,“ Luciana Duarte said.  Duarte is the Vice President of Employee Experience at HP.

HP is one of the most recognizable technology companies in the world.  The company sells different types of technology; everything from laptop computers to printers.  It’s for that reason Duarte says change is constant and happens quickly for the company.

“We have to be more adept at change in order to survive in our industry,” Duarte said.  The same can be said for HR as a whole.

In fact, lots of things are changing, not just technology.  Take transparency for instance.

Current and future employees don’t submit to traditional work models held by employers.  As a result, HR is going to have to take a serious look at the information they make public.  An extreme example would be publically disclosing the salaries paid to workers.  At least one social media company, Buffer, does this.

In a survey from PayScale regarding job satisfaction and pay, the organization found the more information employees have about why they make what they make translates to higher retention rates.

If there is one critical point to take away here is that the future of work is in flux.  Never before has there been such a change in the way people take on the challenges of their jobs and the responsibilities involved.  But there is some peace of mind for HR:  the same can be said for their jobs as well.  For those professionals, the future of work is not just about redefining the workplace, the employees, or technology… it’s about redefining themselves.  Ultimately, HR is in the driver’s seat of this change.  The power to mold the future of work lies in being able to address the change in generations, handle the challenges of technology, and find the culture that works best for the employees and the business of their respective companies.