Women in the C-Suite: A look into why many corporations' highest offices still resemble the 1950s and what needs to be done to change it. 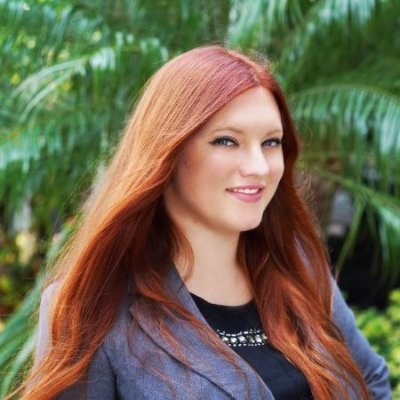 When one envisions a company’s C-Suite, the image that forms in the mind often depicts a room full of men discussing and determining vital aspects of business. Sometimes the picture painted by the imagination includes a woman. However, more times than not, she is in an assistant or supporting role. Through the years, women have made great strides in everything from business to politics. So why do thoughts of the corporate executive office still produce visions similar to the scenes portrayed in the television show Mad Men?

According to Aaron Taube of BusinessInsider.com, women only make up "15% of C-Suite executives and 5% of CEOs of Fortune 500 companies". Those numbers seem incredibly low considering that the same site states that 47% of the total American workforce consists of women. The first data set is based on F500 companies alone, but, if we do the math using that data, only about 7% of women in the workforce make it into the C-Suite of F500 companies with approximately 2% becoming CEOs. Using these numbers, it can be estimated that men make up 53% of the American workforce, with 85% of F500 C-Suite jobs and 95% of CEO positions.

To compare, men in the workforce have about a 45% chance to make it into the F500 C-Suite, while half of that number have a chance to achieve CEO status. This data is purely based on the previously mentioned figures and do not take anything such as skill, education, experience and other factors into account. However, the difference in numbers should still be alarming.

So why are there not more women in these positions?

While many are quick to point at old-fashioned sexism, Phyllis Gebhardt, Senior Vice President, Global Human Resources & Communications of Readers Digest Association, thinks that while sexism still may play a role, the situation is more complex. In an interview with IQPC Exchange, Gebhardt said, "It’s also about historical choices, the essential skill, or lack thereof, of networking for business purposes, and learning to collaborate and support each other. Women have not always been the best advocates for women. We didn’t learn from "the ole boys’ clubs" of the past and competed with each other for what was the rare seat at the table, rather than lifting each other up." She also added, "We’ve come a long way in that area. It’s so much better today." As a woman that made it into the C-Suite, she certainly has a lot of knowledge in this area. Gebhardt’s point about women not being "the best advocates for women" may be one of the most profound reasons there is still such a disproportionate number of women in high power business roles. Imagine what women could do if they stopped competing with each other and banded together to help each other succeed. It is apparent that women need to stop viewing other women, almost exclusively, as competition and embrace the fact that when working together and supporting each other, women can make an important change in the business world.

A discussion about women in power is not complete without mentioning the sometimes-not-so-mythical glass ceiling. While Gebhardt believes that in some cases the glass ceiling can be a very real thing, she does not think that it is as limiting as it used to be. "I think there are other factors in play – granted gender specific. Historically, women have not gained the same level of education, experience, were not exposed to (or did not choose) the C-Suite career development path and naturally fell behind in amassing the robust business expertise as many of their male counterparts. That is changing rapidly, thankfully, but certainly affects female presence in C-suite positions today. Within my career lifetime, women didn’t always pursue career paths that led to the C-Suites and in the past more women put their careers on hold to raise their families, and therefore fell behind in the competitive landscape. That too, is changing." Many modern women have learned a balance that allows them to be both career minded and family oriented. No one is saying that this balance comes easily or without sacrifice. However, many successful women, such as Marissa Mayer, who just had a baby while maintaining her status as CEO of Yahoo!, have it figured out. It is no longer a singular choice for women to grow their families or to grow their careers and many are choosing to do both- magnificently.

Even though female presence in the C-suites is still lacking in quantity, the presence has been one of quality. Simply put, women in the C-Suite make great things happen. There have been countless instances of positivechange in business when a woman takes the lead. This greatness is certainly not limited to the business sector, as we have seen with Germany’s Chancellor Angela Merkel. Merkel, currently in her third term, has some of the highest approval ratings of any Chancellor in Germany’s history and is listed as #5 on Forbes’ 2013 and 2014 Most Powerful People rankings (#1 on the 2014 Most Powerful Women list). This is not some rare instance of a high power woman being fantastic at leading. Gebhardt certainly agrees.When asked about high power women’s ability to produce positive change, she said, ""It’s true! I report to a female CEO and serve on a senior management team with a female CMO, female CFO, two female Chief Content Officers, and me, the SVP Global HR. Women outnumber the men on our Senior Leadership team 60/40. Organizationally as well, women outnumber men, and in the senior levels, by a very similar percentage. I think we’re doing great things in my organization – driving to results our Board is happy with!" There is simply no arguing that women are equipped to produce results, after all women have been doing a fantastic job of raising the leaders of the world for hundreds of years. Women have stepped out of the shadows , proven to be strong business strategists and leaders. Women continue to show the world what they can do.