How to Predict Your Personal Professional Future

Drucker said that the best way to predict the future is to create it. However, as a self-proclaimed social ecologist he was not in a position himself to create the future of large organizations or events in society. Yet even without creating many futures Drucker frequently and accurately predicted them. For example, Drucker predicted the rise of the health care industry, the birth and preeminence of the knowledge worker, and that greed on the part of both top management and labor would eventually lead to the major economic problems we see today.

In the classroom he was once asked about his ability to predict the future so accurately. With his wry sense of humor, Drucker answered, "It’s easy, I listen." After a dramatic pause of a couple seconds he added, "to myself." After the laughter died down, he explained: "I simply look out the window and report what I see and what events that have already occurred mean for the future." Following Drucker’s method, we can do the same. We can observe what we see by looking out our window, and then predict the future fairly accurately by simply thinking through what these events, which have already occurred, mean for us.

Drucker’s comment of looking out the window was not a careless metaphor. He recognized that analyzing only internal information: hiring and firing, turnover, productivity, competency, resource allocation and so on were of limited help unless one knew what was going on in the world "outside." Drucker knew that strategy of any sort had to be based on information about "markets, customers and noncustomers; about technology in one’s own industry and others; about worldwide business conditions; and about the changing world economy." All these things are external and can only be seen by looking through the window, outside ourselves, outside our department, outside our company and outside our industry.

Let’s look at an example of which we are all familiar. In the 2008 U.S. presidential campaign, two major candidates ran for the nomination of the Democratic Party. Hillary Clinton was the wife of former President Bill Clinton, had years of experience in the Senate and was considered smart and highly competent. Moreover, Bill Clinton was a strong friend of the African-American community. Many who might normally support Barack Obama were supporting Hillary. Early in this very long campaign, a well-known, high level Democratic African-American politician told me: "This just isn’t Barack’s year. He is smart and very charismatic. But this is Hillary’s year. Barack will become president some day, but it won’t be this election. This isn’t his time." Later as the Obama political steamroller rolled on and began to seem unstoppable, many pundits predicted that it might be close, but that ultimately Hillary would prevail. Of course, we know today that it was Obama, not Clinton that prevailed.

In the national election, some predicted some sort of White backlash. After all, even with his charisma, likeability and popular message, Obama’s record was pretty thin. Above all, he was a minority. John McCain was a war hero, with many years in the U.S. Senate. Though his party was unpopular, McCain himself was considered a maverick and not afraid to buck powerful interests, including his own party. He was generally popular with the American electorate. Moreover, he was White. Might not Whites say they were going to vote for Obama, but in the secrecy of the voting booth, vote for McCain?

Drucker would have said, "Look out the window and tell me what you see and what it means." For the past 30 years, Americans have elected increasing numbers of African-Americans to top posts in government at all levels. Others have been appointed to high office in growing numbers. President Bush appointed two Secretaries of State during his tenure. Both were African-Americans. Neither appointment had to do with Affirmative Action. Before becoming Secretary of State, General Colin Powell had been promoted to the highest ranking military office as Chairman of the Joint Chiefs of Staff. He was not an Affirmative Action success story then, either. Affirmative Action didn’t even exist when he was commissioned and for most of the years as he was promoted to increasingly higher rank in the Army. So what looking through the window should have told us is that while prejudice might still exist, it could no longer stop any minority American citizen from reaching the top in a position of high national responsibility. At the same time we saw that our economy was heading for the worst economic times since the Great Depression of 1929, and Americans knew it and rightly or wrongly many blamed it, the war, and a good deal more on President Bush and the Republican Party. Obama’s message was change. Even Clinton and McCain’s long time service in Washington worked against them since it implied the opposite. I think Peter would have easily predicted this election. All you needed to do was look out the window and ask yourself what you saw meant.

But what about creating your own future by looking through the window? That’s not far off the mark. No one doubts our current problems even while some declare the recession over. The environment can still cause individuals to lose jobs they’ve been in for years. This is a tragedy from which some will never recover. But others change professions, or start a company and benefit themselves and society despite the challenging circumstances that forced them out of their former jobs or professions. World War Two brought the end of the pre-war Japanese automobile industry in Japan. Automobiles were not available and individual transportation, except by foot or bicycle, was non-existent. One man, thrown out-of-work by the war, but with experience in manufacturing machinery on the production line got the idea of fabricating and attaching a small engine to a bicycle for transportation. Unfortunately there was a gasoline shortage too. It didn’t stop him. He configured his initial models to burn pine fuel, not gasoline. They were a little off-beat, but they worked, were needed, and people bought them. This man, Soichiro Honda built his company into the largest motorcycle company in the world. Then he turned to making the automobiles that for years have sold well worldwide.

I knew an economist once who graduated with a PhD from a first rate university, but due to business conditions at that time, he could not find a permanent job in a university where most doctorally qualified economists looked. Finally he found a university that agreed to hire him on a one year contract, with the promise of hiring him the following year for a permanent position. A year later, the university broke its promise and hired someone else who they considered a better catch. They gave this professor another one year contract and promised they would hire him the next year. The following year, the same thing happened. I advised my economist friend to leave the university. But the economics department put it in writing that the following year they would definitely recommend him for hiring. And they did. The problem was that they made three recommendations that year and he was listed as number three. Higher administration would only approve two positions. So my friend was finally forced to leave the university. At this point he looked out the window. PhD economists were mostly heading for universities. There was an oversupply in that field. However, in the aerospace industry companies were beginning to realize that economists with doctorate degrees could be very useful. A high demand was building. He completely altered his aspirations. Within three months a major aerospace corporation had hired him as an economist at a much higher salary than the university would have paid him. Six months later, he became a department head. Six months after that, still in his 30s, he was promoted to vice president. Looking out the window, drawing conclusions from what you see and taking action has its rewards.

Now I must tell you that Peter Drucker himself never intended to become "The Father of Modern Management." His doctorate from the University of Frankfurt was in International Law. He had planned on becoming a professor. When Hitler came to power in Germany, however, he fled to England and worked for a bank and an insurance company. Re-emigrating to the United States, he got a job teaching various undergraduate subjects. Mobilized for World War II, he was made a management consultant. When he started he had no idea what a management consultant did. However he found out, and his work led to consulting work for General Motors after the war, and eventually to a book on management. The rest, as they say, is history.

If you want to predict your personal future, just follow Drucker’s advice. The easiest way is to create it. You do this by first looking out the window and deciding what is going, what it means and how you can take advantage of what is going to occur in your career.

Adapted from Drucker on Leadership, to be published by Jossey-Bass November, 2009.

How to Keep Employees Engaged When Managing Distributed Teams

Designing and Improving Experiences for a New Type of Employee

The pandemic has changed the way we work and what employees expect from work. In this session, join...

In this webinar from Whatfix, learn how you can simplify user experience on your HCM applications an... 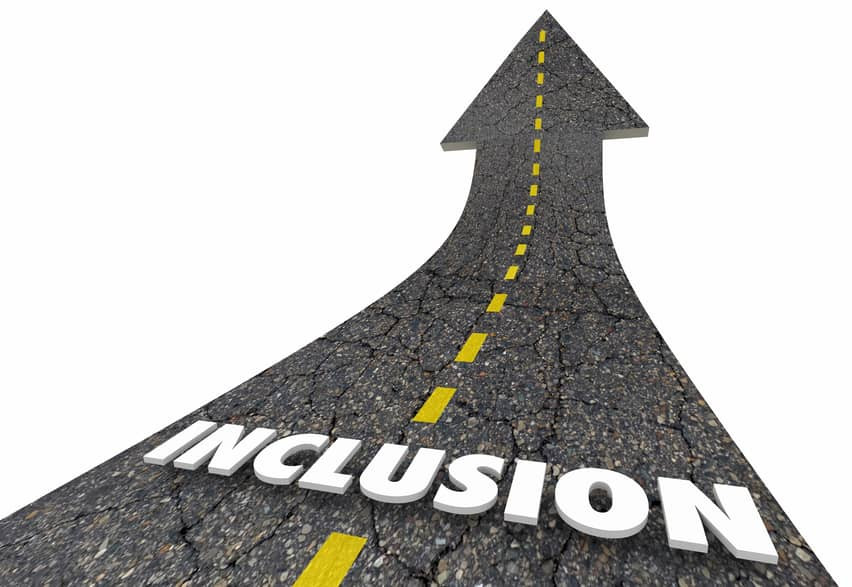 Building an Inclusive Culture through Empathy
2021-06-08
By Alysha M. Campbell 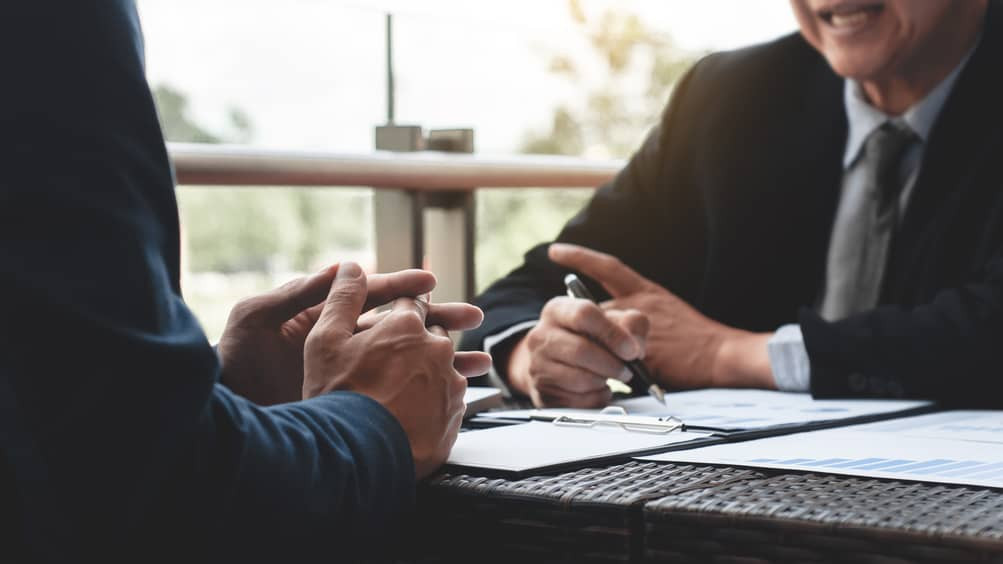 In Business for You: Performance Management Trends
2021-06-04
By HR Exchange Network Editorial Team 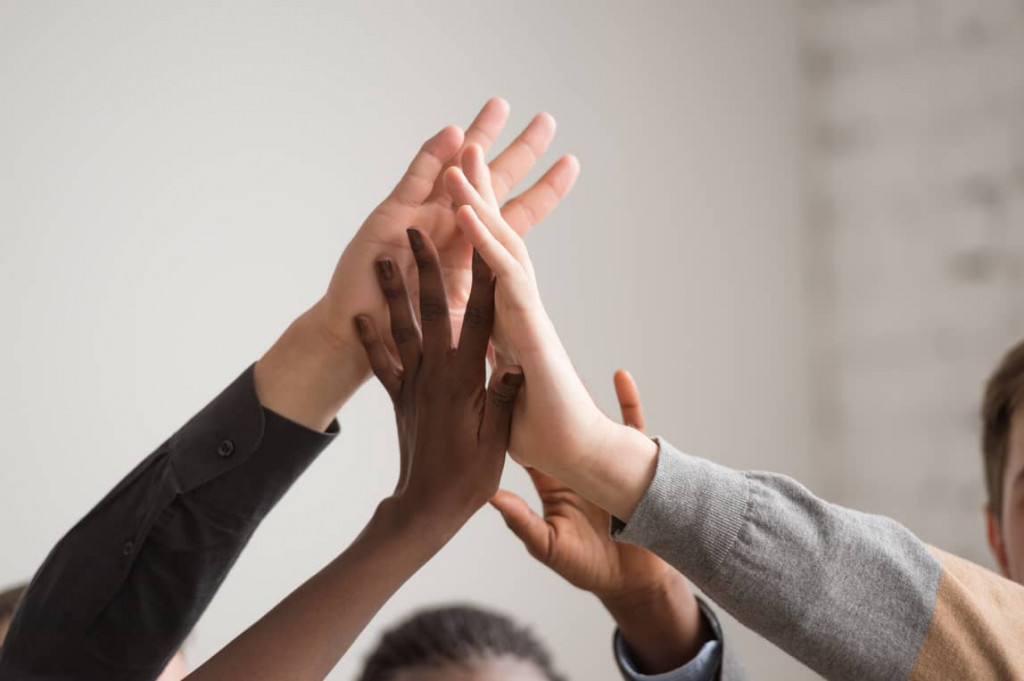 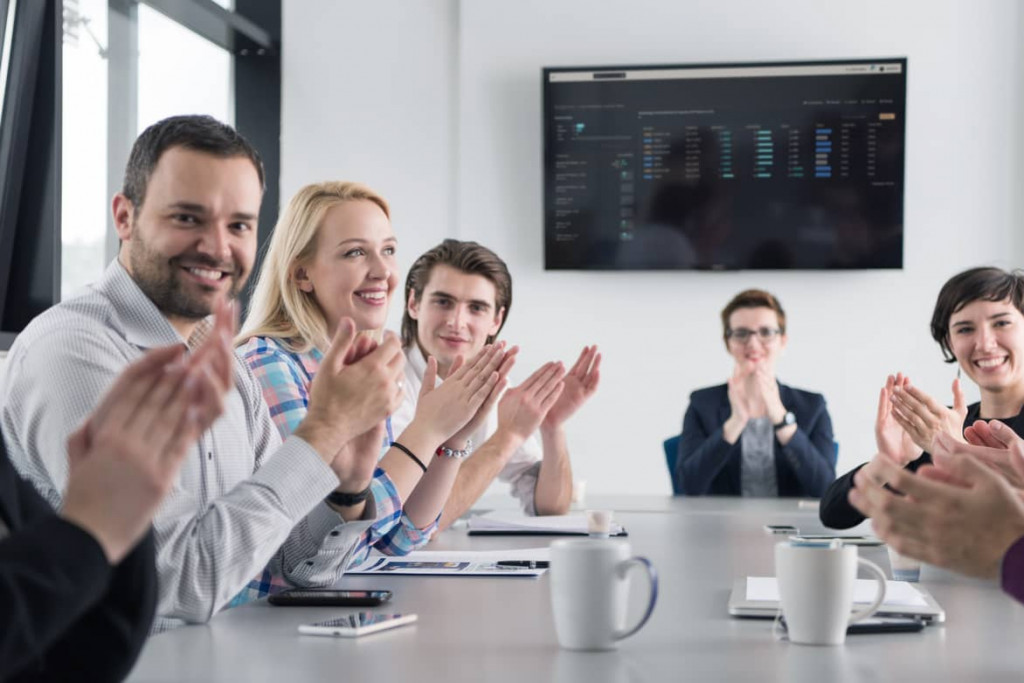 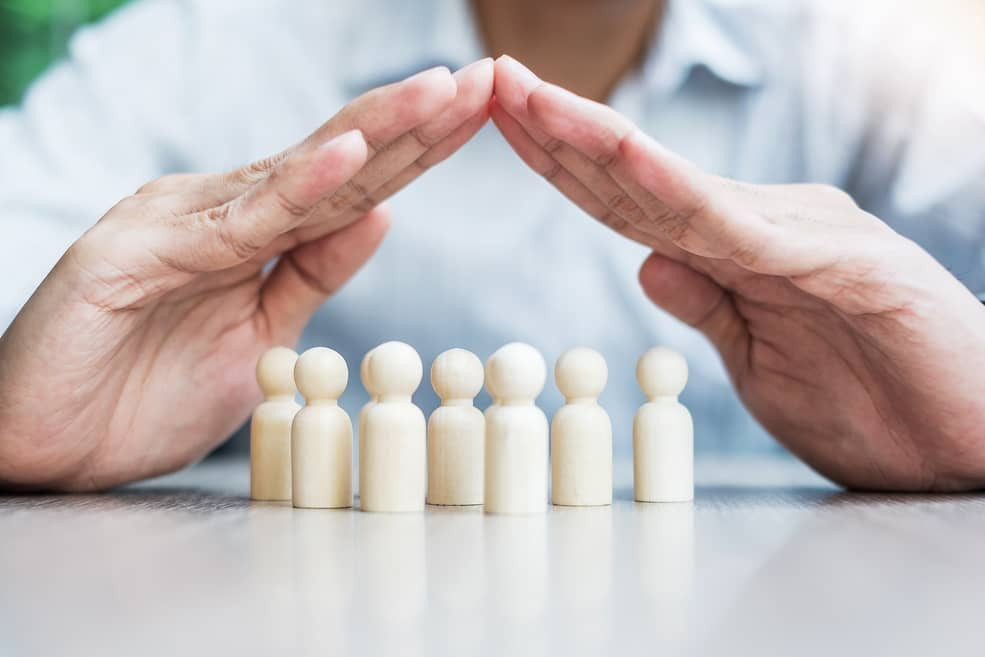 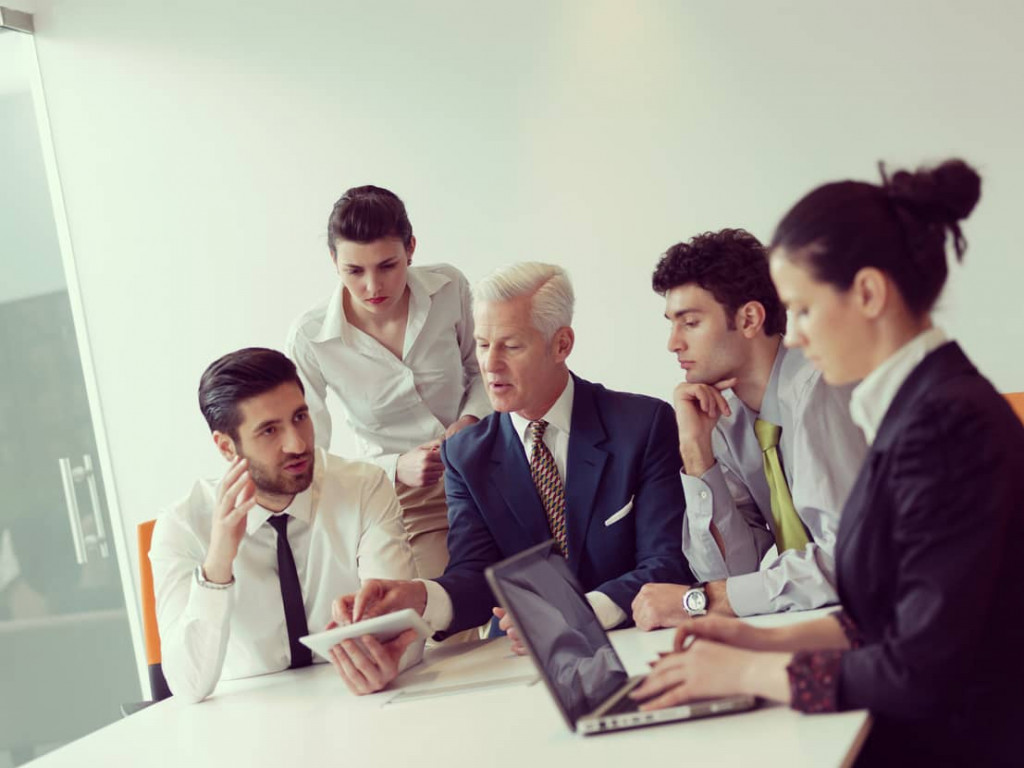 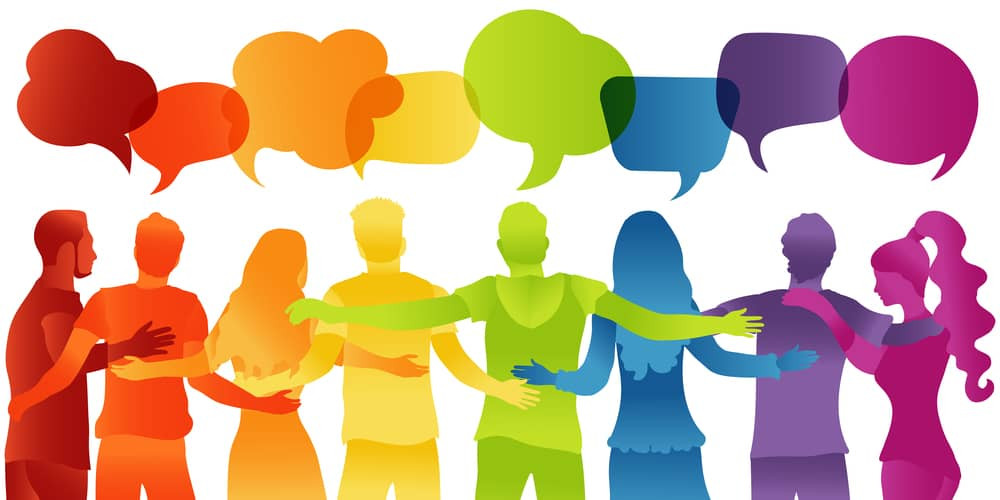 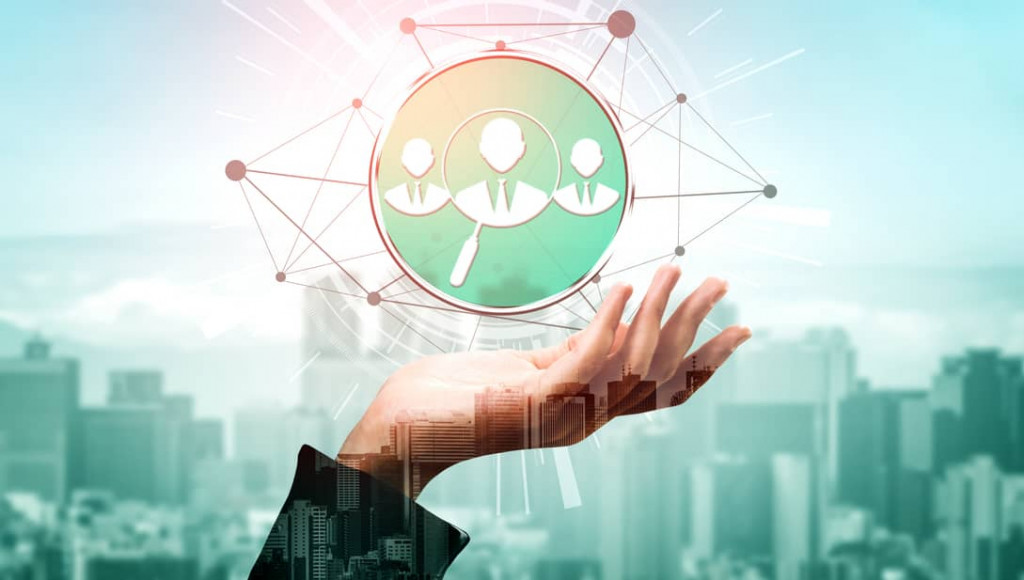 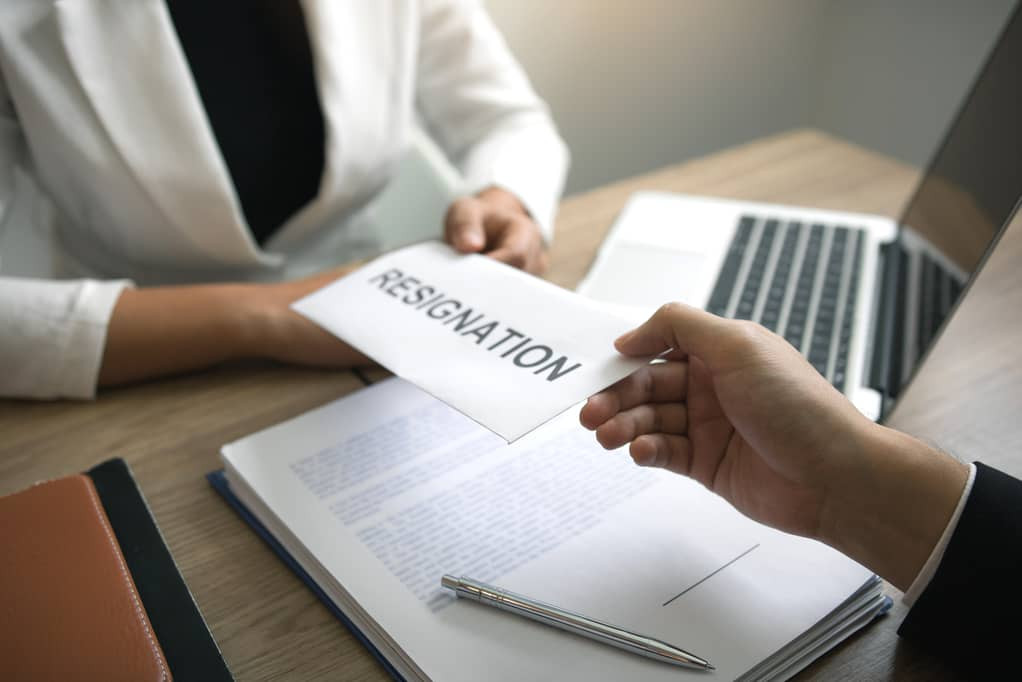 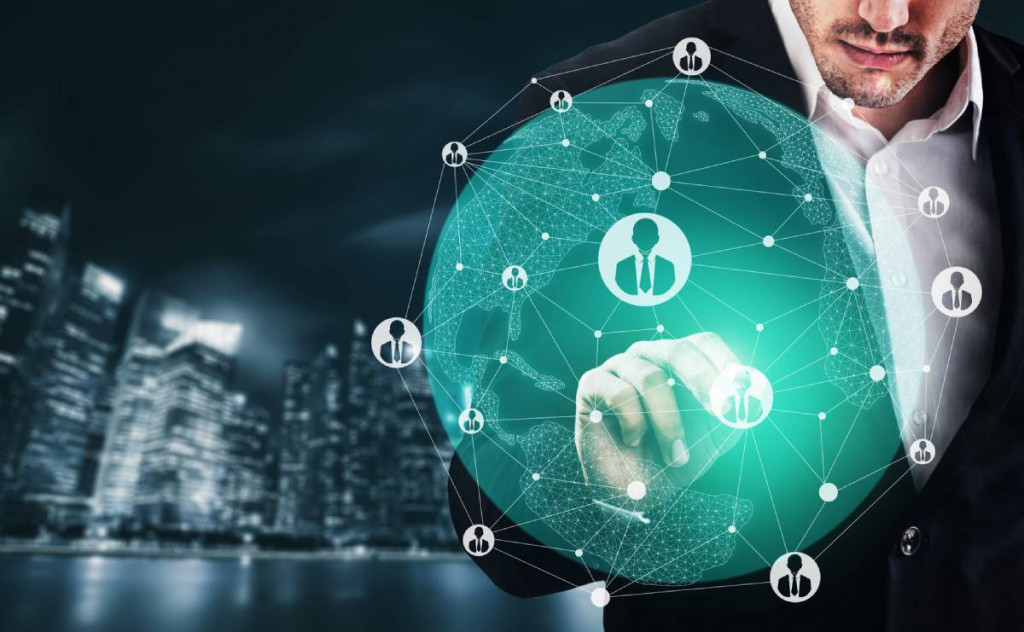 Building an Inclusive Culture through Empathy
2021-06-08
By Alysha M. Campbell

In Business for You: Performance Management Trends
2021-06-04
By HR Exchange Network Editorial Team