What HR Can Learn about Diversity from "Angry Birds"

I'm a huge believer that life is just one big metaphor. A metaphor explained by a good analogy.

On a long recent train trip without access to WiFi, it hit me that the game Angry Birds is a lot like workplace diversity.

For those of you who don't know what Angry Birds is, it is a colorful, highly addictive game played on mobile devices and electronic tablets.

If you've ever played the game, you'll be particularly amused. If not, you'll still be able to roll with the observations. 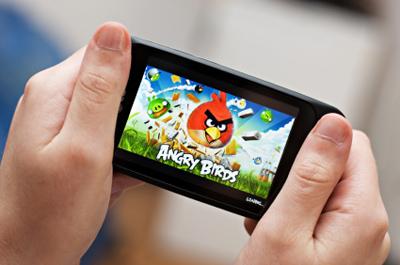 1) Zapping all the pigs is the point.

In Angry Birds the objective is to eliminate all the annoying green pigs before you move to the next level. The pigs can be in tricky, seemingly impossible places, but to clear the level and move to the next one, you have to get them all.

In the workplace arena, some don't like the priority of diversity because they feel it's a "soft" subject that distracts and detracts from getting the job done.

Sometimes that reasoning is a cop-out excuse used to obscure seeing the privilege that pervades a workplace at the expense of others.

But sometimes the point is exactly right - that the aspect of "work" gets lost as the highest objective in a workplace dynamic. Yes, the work gets done better, faster and more creatively if differences are respected and properly navigated. However, that's an ongoing priority that supports the objective, it doesn’t replace it.

If the work of a workplace isn't getting done and getting done well, everyone might as well be home playing Angry Birds.

2) You'll never clear the level if you get all color blind on the birds.

In Angry Birds, there are several different kinds of birds you are given in each level for purposes of eradicating the pigs to clear the level.

Each bird has its own distinctive look so that when you see it, you automatically know what its "powers" are for purposes of figuring out how to shoot the particular bird through the slingshot to remove the pigs.

Obviously, in the workplace, you can't just look at color - literally anyway. But in terms of observing differences and managing the ways individual talents, strengths, and backgrounds contribute to the bottom line, you realize that one little red bird can't do it all.

Leaders have to see diversity as a tool that increases possibilities, not ignore differences as burdens that have to be tolerated.

One of the questions that comes up on the topic of workplace diversity is "when is diversity achieved?" Or, organizations think that if they have the right number of women and racial diversities on the company rolls, they are "diverse. "

Just like in Angry Birds, where you don't know whether you'll unexpectedly encounter ice, wood, stones or oddly placed crevices, in the workplace you never know when the next conversation, the next hiring or firing, the next policy or inconsistent enforcement of a policy will become a diversity issue to address.

Angry Birds has the advantage of a limited number of issues and levels to encounter. In actual workplaces, the opportunities for differences to either converge or clash are both timeless and limitless.

But thinking creatively about multiple angles to tackle a problem is a good Angry Birds - and workplace diversity - skill to have.

4) The birds aren't just spontaneously flinging themselves at pigs.

The addictive nature of Angry Birds comes from the people who've downloaded the game 12 million times controlling the birds to eliminate the pigs for purposes of completing a level. Even if the concept of video games is completely pointless to you, chances are you've played a sport or cheered for a team or athletic event or just enjoyed watching children keep a kite up in the sky. And if you have, then you've admired the aspects of life that aren’t just random.

In Angry Birds, sometimes you just get lucky and hit objects you weren't even aiming for to hit that impossibly placed pig. And sometimes, issues of workplace diversity magically resolve themselves.

But that's not the norm or the realty. Nor is it a good practice.

It takes making diversity a value and a priority, having policies that meaningfully and fairly support a workforce, an ongoing commitment to training employees and their supervisors on how to manage differences (and changes in differences) that impact the workplace, particularly the subtle ones.

In other words, while Angry Birds is a game and makes for a decent analogy, workpiece diversity isn't.

I could have used the analogy of chess or basketball or mastering something domestic but it boils down to deciding that objectives and priorities don't meet themselves.

That's true when the objective is running an efficient, effective, positive workforce with the best and most productive employees.

That's true when the objective is getting rid of those jeering bright green pigs.