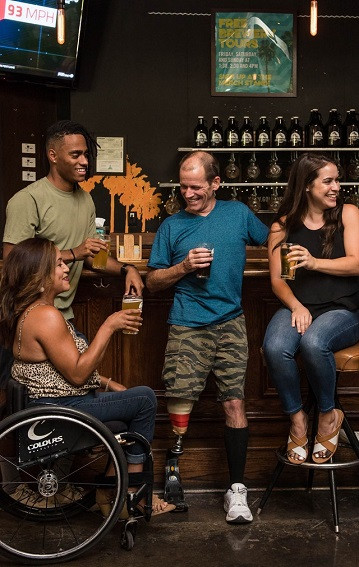 The first word in human resources calls to mind the reminder that we are, in fact, human and dealing with other humans.  While there are many great attributes to the human race, there is still the ability to realize bias.

Eliminating bias should be one of HR’s top priorities.

It is important to outline the types of bias companies deal with.

Augie Schulke is the chief human resources officer for Veolia North America.  He says, “I think it goes on in every company to some degree.”

So, how do you remove biases from human resources?  Simply, you can’t, but you can mitigate the problem.

Let’s look at two different approaches, one technological and the other human.

Artificial intelligence can extremely limit the amount of bias in the succession planning strategy.  AI algorithms can help by analyzing success profiles and by spotting internal candidates whose profiles may appear as the closest match with succession profiles for target roles.  Furthermore, it will protect the company from litigation related to discrimination.  It can also improve the balance of gender and other demographics in the workplace.

One company using the technology this way is Officeworks.

The company first developed succession profiles followed by a process that enabled all critical roles to have at least one successor with defined career and development plans in place.  As a result, the company was able to identify shortages across the company, greater visibility into their successors and their ability to develop those individuals, and an ability to measure retention.

The second approach is not technology based.  As previously stated, it is human-based.  To be more specific, it has to do with leaders and managers with a company.  The implementation of leadership development programs with a component focused on eliminating the biases will help in this regard.  That in of itself, however, is not enough.  The development program must also teach a check’s and balances system to verify high potential or succession candidate selections.

RELATED:  Diversity at the Core of the Network

For Veolia, Schulke says they really push the concept of a multi-perspective view in order to confirm the selections.  They train their mangers to use a 360 approach in that they have multiple layers of review that determine the legitimacy of the succession candidate selection.  Essentially, there are three conversation with different managers.  All the data is reviewed to make sure everyone is in agreement and then the decision is made.

“I'm not saying our system is foolproof, but I like the fact that we have this well-rounded process that, as best as we can, gets diversity around the process,” Schulke said.

“We do this in a team meeting.  All the directors in a nursing unit, for example, would be talking about their supervisors and managers.   One may say, ‘I think this person is exceptional’.   Another person may say, ‘I hear what you're saying.  I've seen some of that, but I'll be honest, my team doesn't like working with the person.’  It's done in a very confidential, healthy discussion where people can push back,” Rumsey said.

Remember, every organization is unique.  The suggestions above and from others can only provide a certain amount of direction.   HR leaders and the company itself must find those steps that help mitigate bias within its own framework.

Free Webinar:  The State of Diversity, Inclusion and Intersectionality in the Workplace