How Self Knowledge Can Help Guarantee Success for MLA 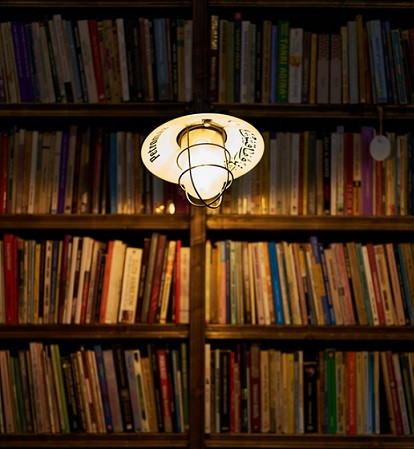 Peter Drucker listed only  four essentials required for management as a liberal art, that breakthrough method of management known as MLA. Self-Knowledge is the one essential that is absolutely needed to assure success. Yet it is the one essential mostly frequently ignored. Ancient Chinese sage Sun Tzu, better known in China as Sun Zi, was a famous general who wrote a classic which is still studied more than two thousand years later by militaries all over the world. Sun Tzu wrote  “If you know the enemy and know yourself, you need not fear the result of a hundred battles. If you know yourself but not the enemy, for every victory gained you will also suffer a defeat. If you know neither the enemy nor yourself, you will succumb in every battle.” In other words, Sun Tzu proclaimed that knowing yourself was more important than even knowing your opponent, and if you failed to know yourself, even with excellent intelligence of your adversary, you would lose every time.

How Self-Knowledge Won the Most Decisive Battle in History

Drucker reached into history to gauge the importance of self-knowledge. We can do this too. The Battle of  Cannae occurred in Italy on August 2, 216 B.C. The Carthaginian general Hannibal with 50,000 troops faced 86,000 Romans on their home ground. Some historians say the Romans had even more troops and outnumbered the Carthaginians to an even greater extent. Rome was the superpower of the ancient world. Hannibal not only had fewer soldiers than his enemy by a considerable number, a significant number of his troops came from allies with different customs, languages, and goals. This made it a much more difficult Army to lead than the completely homogeneous Roman Army that Hannibal faced. If today’s organization want an example of successful diversity, Hannibal’s Army would have been an excellent example. Hannibal had no place to run away to, but he had no intention of doing so despite his smaller numbers, and he sought the battle.

Hannibal Knew How to Take Advantage of Diversity

Hannibal knew himself and his diverse  Army very well. They were harder to lead in a cohesive strategy and to motivate to a single propose, but if he could do this and dare the impossible, he knew he could achieve the extraordinary. The Carthaginian Army was made up not only Carthaginians who were descended from Phoenicians, but of many separate African tribes with which the Carthaginians  were allied. They were all far from home and with great difficulty and hardship had crossed the forbidding Alps from the Northern coast of Africa to get to Rome to avoid Roman superiority at sea . Military experts of the age, both friendly and enemy gave Hannibal little chance at victory. But then they didn’t think he would make it across the Alps either.

Hannibal’s Double Envelopment of the Romans

Meanwhile, Hannibal had placed his strong African cohorts of infantry on his two flanks. In his center, his weaker force infantry force slowly fell back as the Roman horde in the center came forward thinking that the Carthaginian center was in retreat . As the Romans in the center advanced, the two strong forces of the Carthaginian Army on each flank swung toward the center compressing the Roman formation to such a degree that they couldn’t even wield their famous short swords effectively. Then Hannibal’s cavalry closed the trap from the rear and the Romans were surrounded and utterly massacred by the Carthaginians.

Why did Hannibal’s Carthaginians Win?

An analysis of this battle shows that Hannibal’s victory was due to his strategy which was based on the self-knowledge of his Army and its commanders. It was this self-knowledge which enabled his victory and not a superiority of numbers which he didn’t have, or the fact that they were fighting on their home ground. They weren’t. The Romans were.

MLA Beats Profits in Business Too

This is true in management of business or other operations as well. Almost everyone does a competitive analysis before developing a strategy, but an internal analysis is frequently not given the same attention or may even be overlooked completely in developing strategy. Apple Computer was far from the biggest company when Steve Jobs practically created the personal computer industry single-handed. His resources were much inferior to his competitors. It was almost laughable to compare Apple and IBM when he started. IBM was a giant with many scientists, engineers, and business experts and it was considered a superb marketer which others tried to imitate. No one on Jobs’ team even had a BS degree. They knew little about engineering and development or manufacturing of big computers as did their competition who were seasoned experts. Job’s organization had to get into the computer components business for a couple years just make the money and to get the financial resources they needed to build and compete in personal computers. What they did have was strong leadership and self-knowledge of what they could do in the way of developing and bringing small personal computers to market. IBM looked at the potential market and their marketing research people concluded that at maximum they could sell only 1000 personal computers a year. This error was made because to them a personal computer was just a small version of the huge computers, they had been supplying to the government and other organizations. These computers were big as a small room, weighed thousands of pounds and priced at a minimum of several hundred thousand dollars each. The wasn’t what Jobs had in mind at all.

RELATED:  How to Gain Real Wisdom, without Real Experience, with MLA

Jobs wrote once that if all you did was focus on profit; you were going to fail.  You had to focus on satisfying and pleasing the customer. So, the kid who didn’t even have  college degree took on the giants of the old computer world  and created an entire new industry. Later Jobs wrote: “If you keep your eye on the profit, you’re going to skimp on the product. But if you focus on making really great products, then the profits will follow.”