HR in the Age of AI

AI promises to change the way we hire, recruit, develop and engage employees 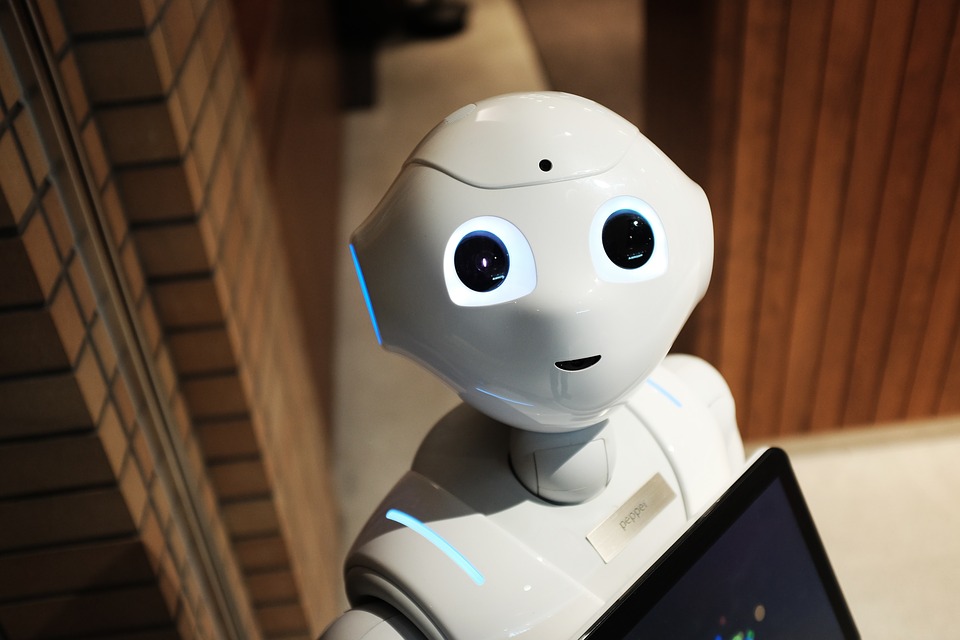 Once a fantasy of the future, AI is quickly becoming a daily part of work. Companies like Microsoft, Facebook, Alphabet’s Google, Amazon and Elon Musk’s OpenAI are recruiting the most talented AI researchers while pouring tens of millions of dollars into research and development. And, now, many of these same companies are deploying AI to build tech for Human Resources that promises to change the way we hire, recruit, develop and engage employees.

Last year, Microsoft acquired LinkedIn for $26.2 billion. That same year, Facebook launched the collaborative platform Workplace. Only ten months since its launch, Workplace is already in use at over 16,000 businesses, including major players like Starbucks and the Royal Bank of Scotland.

The recently launched Google for Jobs uses machine learning-trained algorithms to sort and organize job listings from popular employment sites. More recently, Google released Hire, which is an applicant tracking system that integrates seamlessly with their G Suite. Reports that Amazon is interested in acquiring Slack means one more major player, and AI developer, will soon be powering the HR technology business.

Artificial Intelligence is a computer science that uses machine-learning algorithms designed to mimic human cognitive functions. Essentially, developers of the technology endeavor to make interactions with a machine similar to interactions with a human by allowing them to sense, comprehend, act and learn.

For HR departments, AI can reduce – or remove – repetitive, time-intensive manual tasks. AI, and the data it captures and interprets, can help shift HR from an afterthought to a partner in its organization’s growth. It moves decision making from an intuitive, gut-level process to one using predictive analytics based on vast troves of data.

Machines can become the biggest advocate for an organization’s human capital, or at least the best option for making decisions that affect human capital.

There are concerns, of course, and invoking the precautionary principle is justified. All that buzzes is not necessarily best. For instance, the threat of machines passing judgement on humans, violating privacy or eliminating jobs is not an attractive proposition to most people.

Depending on the poll you choose, however, you’ll find that varied percentages of a majority in Generations X, Y and Z are comfortable with the AI in their lives. The shift has begun.

As artificial intelligence continues to be adopted in commercial environments, expectations of the intelligent systems we interact with daily will change. Or, evolve. The HR community is no different. In this report, we look at where AI is making an impact now and what to expect in the near future.

In a study conducted by Northstar Research Partners, 61% of respondents said that society overall will become better by increased automation and AI. Only 22% disagreed. And, while just 36% said AI has a significant impact on their daily lives right now, 92% expect that to be the case by 2027.

One of the most discussed, and often debated, trends in Human Resources circles is why, when and how to use Artificial Intelligence. Its importance and influence are undeniable in both our personal and professional lives. Siri, Alexa and Google use AI. Facebook and Netflix use AI. GPS apps that apply real-time traffic conditions to predict the fastest route, credit card fraud monitoring, and your email client’s spam filter are using AI.

The age of AI has arrived, and more HR departments are adopting the technology. The IBM Institute for Business Value surveyed nearly 400 chief human resource officers and found that half recognize the power of cognitive computing to transform key areas of HR, such as talent acquisition and development.
For HR professionals, this is an exciting time. Chatbots, or computer algorithms designed to simulate human conversations, are recruiting employees, answering general HR questions and personalizing learning experiences.

The massive amounts of data being collected can be quickly, efficiently and accurately translated into actionable analytics. The meeting of big data and AI could be the tipping point for HR – the point where the benefits clearly outweigh the concerns.

So, how are HR departments implementing AI?

IBM, GE and Hilton Worldwide are among the growing number of companies using algorithms to screen, test and hire new talent. They’re using machines to scan work samples, review social media posts, and even analyze faces. Unilever has been hiring all of its entry-level employees using AI for more than a year. Candidates played neuroscience-based games to measure inherent traits, and then had recorded interviews analyzed by Artificial Intelligence. AI can evaluate candidates using thousands of data points from video interviews, including intonation, word choice and facial movements.

Mike Clementi, Unilever’s VP of Human Resources for North America, told Business Insider that he was overjoyed with the results and already testing ways the process could be used as a supplement for mid-career hires or lateral internal changes.

While nothing will replace a human touch with onboarding, AI can enhance the onboarding experience by employing chatbots to quickly answer questions or direct new employees to the right information. Responsiveness helps build a relationship of trust, and that may just keep a new employee on board longer. AI can also automate the tedious portions of the onboarding experience by collecting I-9s, W-4s, employment agreements and work eligibility information from new hires.

AI can host, verify and track training and development. AI learning offers a self-driven approach at the employee’s level and on their timetable. Employees can learn on the go with 24/7 mobile access, and employers can monitor their progress. Training can also be customized and adjusted in real time based on data collected as employees interact with the technology.

While the potential applications for AI in Human Resources are exciting, it remains a work in progress. The same technology that promises to make managers better informed and more effective also moves them into uncharted territory.

AI can overcome human prejudices, but it may develop its own biases based on favorable traits or conditions it previously encountered. These systems are fairly new, and we simply can’t know yet if the decisions they make are better or worse than those of human managers. That’s a concern when inaccuracy in an AI report – painting someone as a poor performer, for example – might set back an employee’s career.

Greater reassurance around security will also be vital for consumers to fully embrace the rapid rise of AI and allow machines to play an even greater role in their lives. On the other hand, the potential of AI in providing better security is exciting, which highlights the dilemma.

Finally, while automation through AI is making jobs easier, it doesn’t mean that HR professionals need to be concerned about job security. With automation, there is always a concern about losing jobs. AI can solve many problems for HR professionals, but there will always be a need for the human touch. While AI assists with the more laborious tasks, people can focus on the overall candidate and employee experiences.

When reports surfaced about Facebook’s AI creating its own language that researchers couldn’t understand, fear of machines taking over the planet also surfaced. Not being able to understand what an AI was saying led to worries about similar systems becoming sentient or making decisions without being held accountable. It was scifi nightmare fuel. But, the machines aren’t taking over yet. For now, at least, they are still willing and able to help.

The gap between companies that embrace automation and those that don’t will become even wider as Artificial Intelligence is more commonly adopted. AI is becoming a staple of operations at most large corporations, and now it is beginning to reach even small businesses. This, along with new and emerging technologies, will significantly impact the future of businesses of all sizes, and HR needs to move as fast as other departments to embrace the future and adopt the tech.

The time is rapidly approaching when we consider it unthinkable not to use AI to transform recruiting, HR service centers, and learning and development. HR departments need to learn about and then harness new technologies to help their companies build a competitive advantage. CHROs need to use AI and data to gain key insights that make their departments strategic partners to their CEOs.

Given the pace of AI development, it is reasonable to expect AI devices will soon interact with humans more naturally. And, humans are HR’s business. Align the application of technology to company core values and ethical principles and it will benefit customers, employees, the organization and society.

Next: Artificial Intelligence in the Near Future 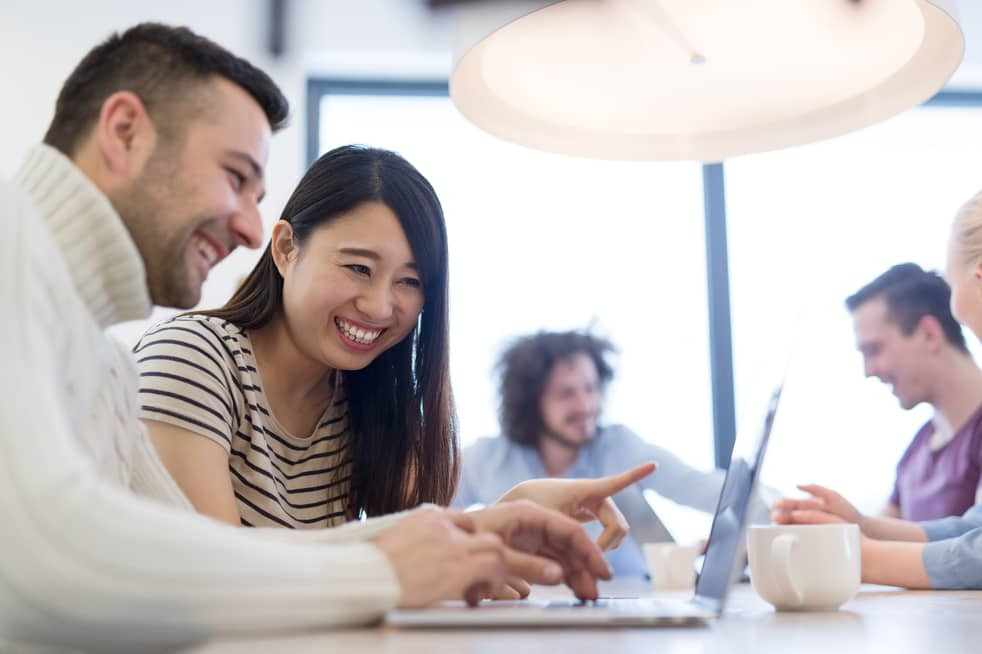 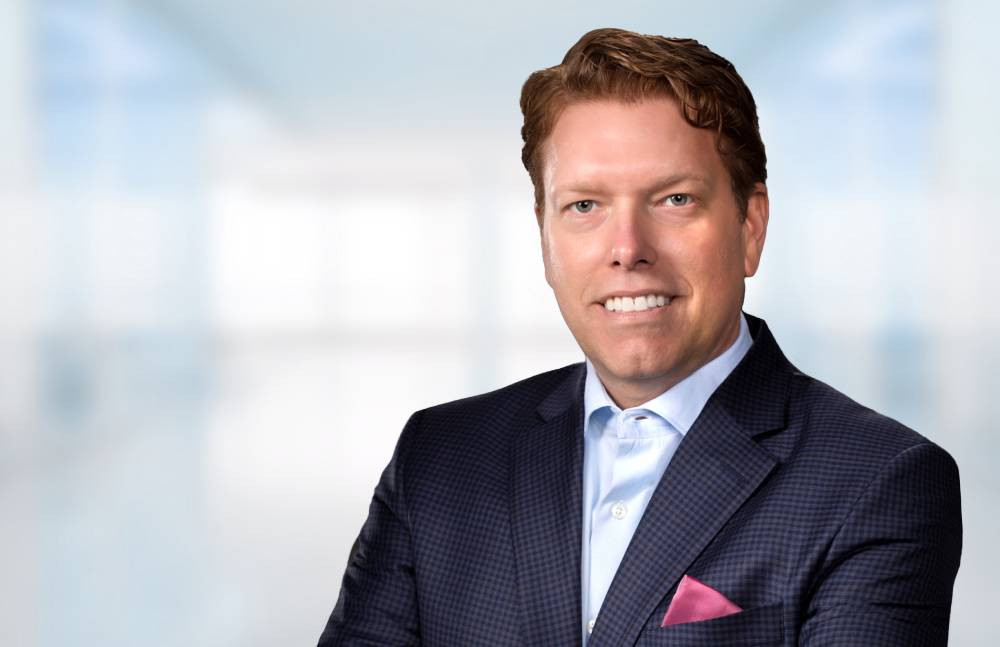 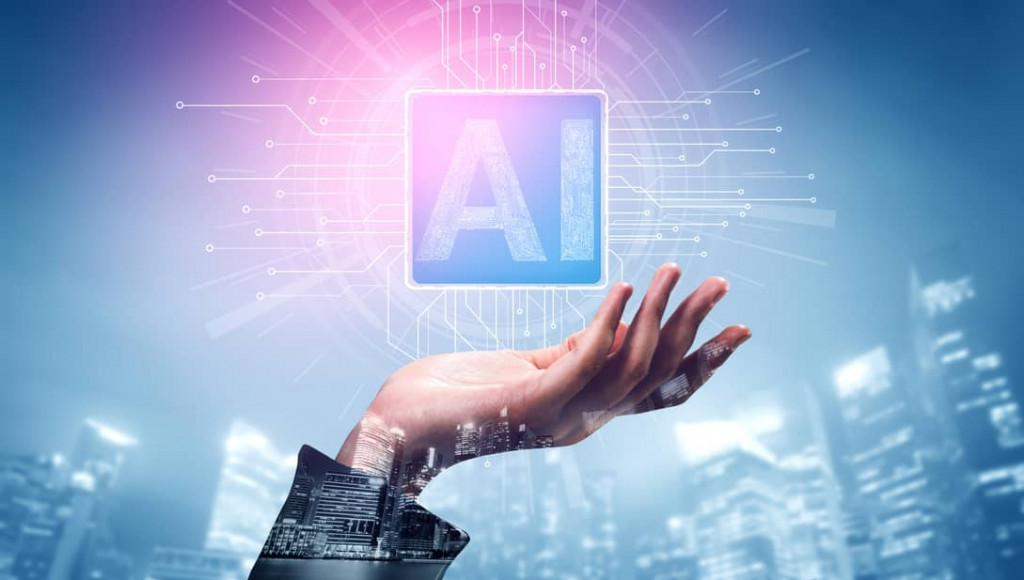 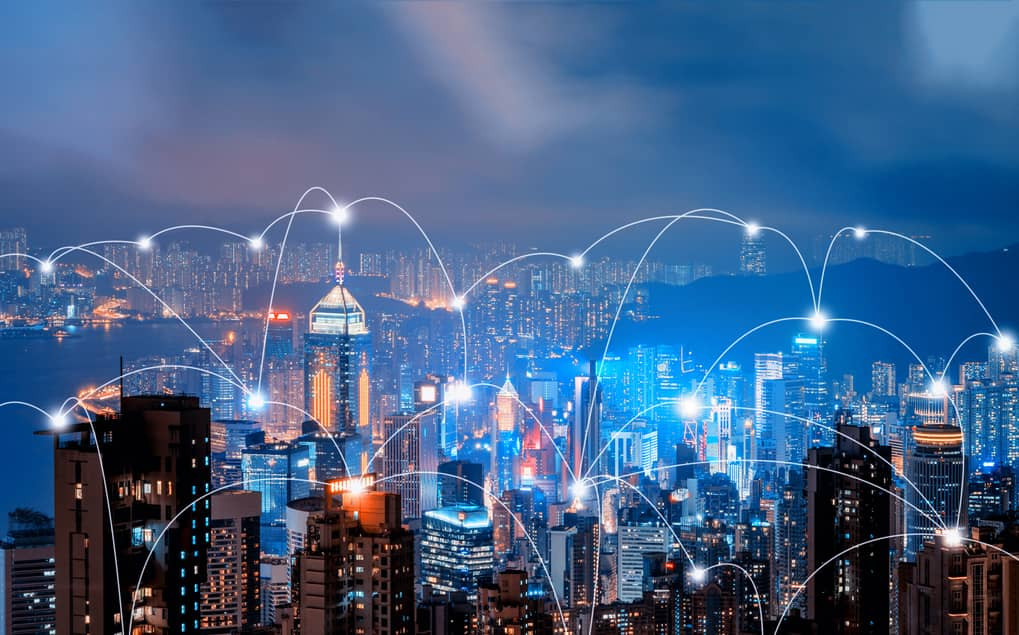 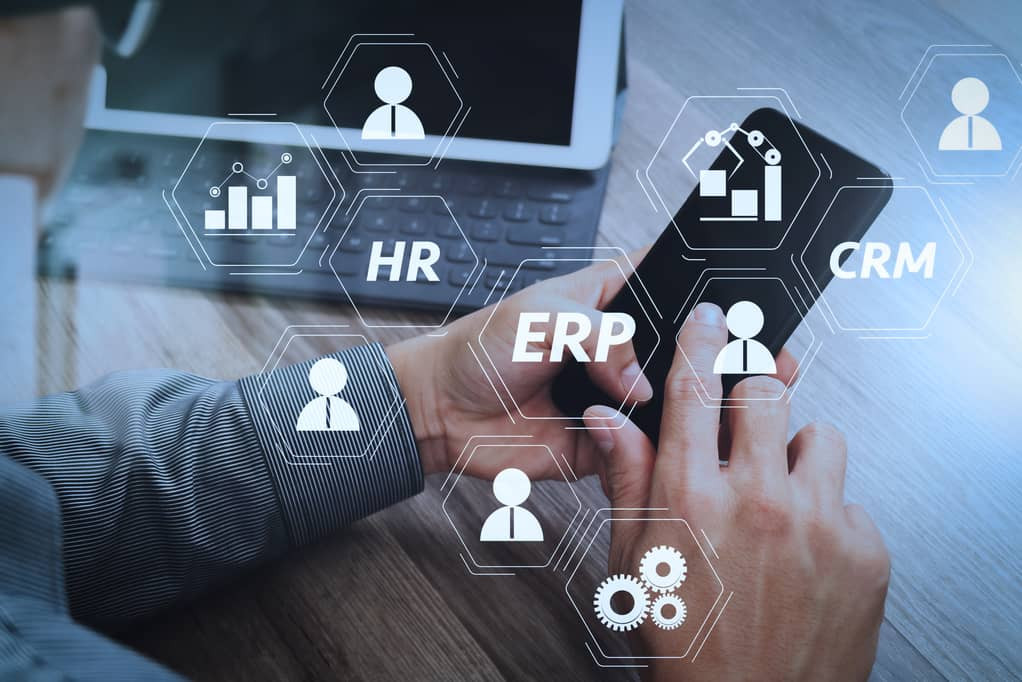 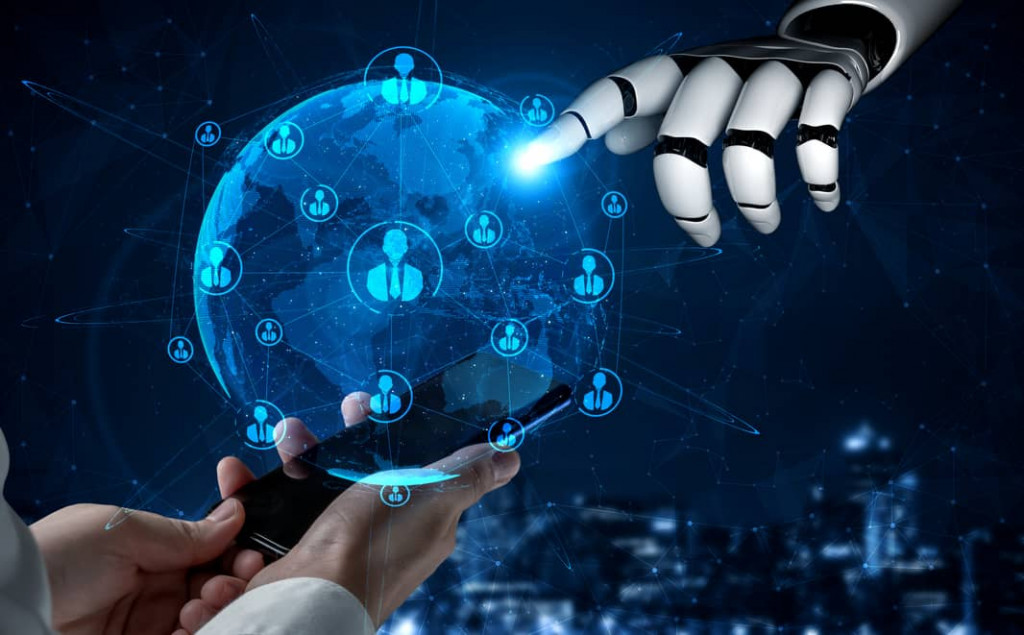 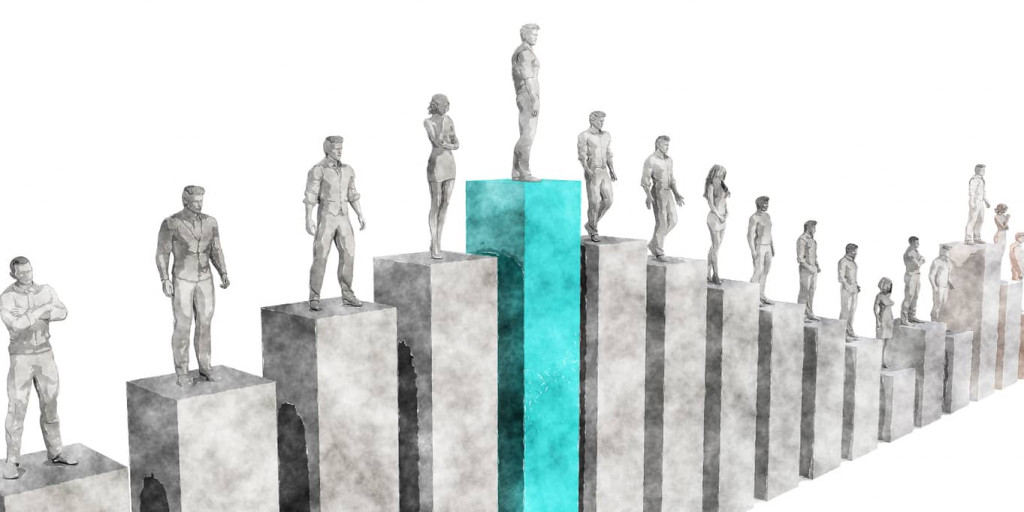 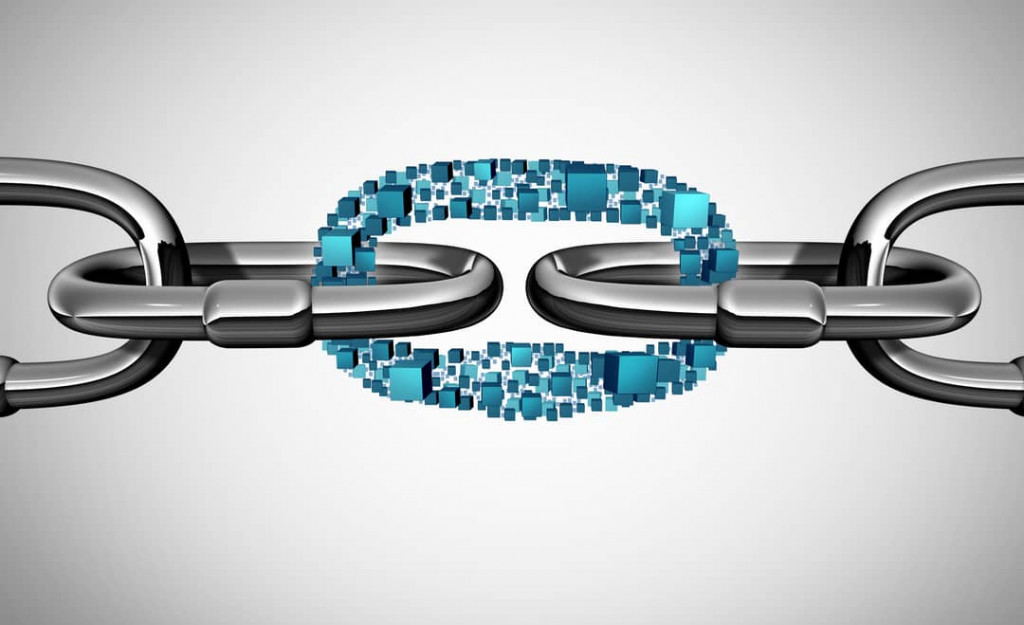