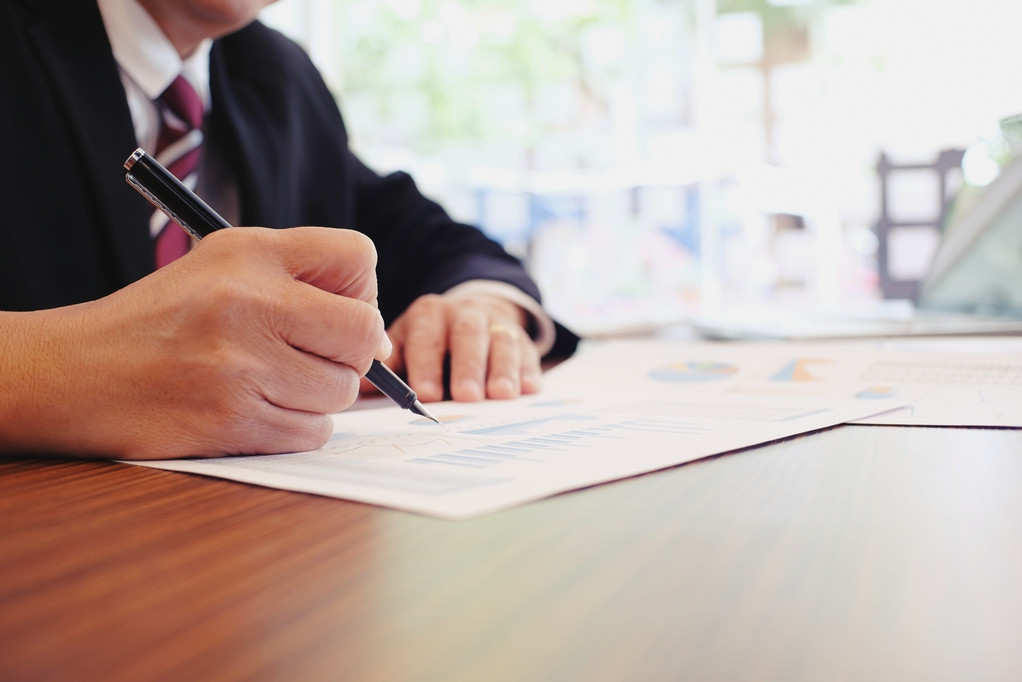 Succession planning is critical, but be that as it may, the process hasn’t changed much over the last few years.  Sure, new technology has been leveraged to make the work simpler, but the overall process still persists.  That’s not a bad thing according to Regis Corporation CHRO Shawn Moren.  It’s a sign the process isn’t broken.

But having said that, it may be worth taking a different approach to the overall process.  For her money, Moren thinks the process would benefit from taking an investor portfolio approach.

Moren sat down with HR Exchange Network editor Mason Stevenson for an interview during the CHRO Exchange in Austin, Texas. 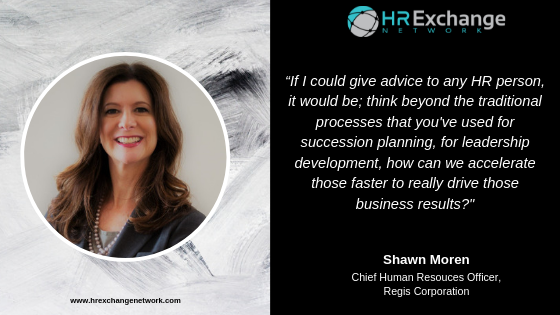 Shawn Moren: In fact, in the question here, it’s not really about the money, here's what I think it is; it's about how do we help the HR function impact business results at a faster rate. Two things occurred to me:  if I could give advice to any HR person, it would be; think beyond the traditional processes that you've used for succession planning, for leadership development, how can we accelerate those faster to really drive those business results, and more efficiently, take steps out of the process, and think differently, which also brings me to the second point, which is technology.

So many times a ChatBot or Artificial Intelligence can get us there faster in our HR processes, but we're not necessarily thinking about it, because we're looking to ourselves, or benchmarking, instead of what technology can do for us. So that would be the other thing that's really pivotal is that each HR person is updated on the technology that's out there. It isn't as expensive as it once was.

Mason Stevenson: When you're looking at technologies, what is that overall driving principle that you use to make a purchase?

Shawn Moren: A few things come to mind. One is; what is the biggest business problem that I’m trying to solve? Where am I spending the most money? Then that will help me filter out which technology or how should I start my exploration. The second thing is; I hire HR people who have a technology leaning interest or background. So they're out there scanning the market. Why? Because they enjoy it, or it come from that background.

Related:  Rekindling Succession Planning: How GE Appliance is embracing the leaders of the future

Mason Stevenson: Focusing now on the presentation you made earlier today, which is about succession planning, or using an investment portfolio strategy approach, please make a business case for that.

Shawn Moren: So succession planning has not changed much over recent years in HR. It's all about the nine blocks, it's all about future planning for the organization, it’s about development actions, and it's absolutely a great process. There's probably a good reason why it hasn't changed. It's not necessarily broken. However, an over use of that, particularly, and I’m a retail HR leader; retail executive, and it's a game of inches, it's a game of percentage points.

Sometimes, I think an overuse of succession planning can overlook the investor and shareholder needs. For example, one of the key things I’ve discovered is that you've got to determine which are the most pivotal roles. We use the word ‘’pivotal roles’’ a lot in HR, but really against it, investor measures, which are the jobs that if you have great performance variability in a player, that that job could really create additional and significant value, that would be so much so, that the outside investor or shareholder would notice that, those are the critical jobs, it's a very disciplined approach to take a look at that. Then say; where is my star talent? The star talent is capable of that kind of performance, that could create amazing results.

Mason Stevenson: What I think is interesting about the approach that you're taking is that when you think about succession planning, you think about a very long term process. It is, rightfully. But with your approach, you're using it almost like a quick response. I think that's what makes people shake a little bit because I think people are just so attuned to thinking it's a long process, but it doesn't have to be.

Shawn Moren: It does not have to be. A couple of the byproducts that you're making me think of right now are, one; the CEO of this particular company came to me and said, ‘’Thank you so much, because I’m used to seeing binders of information and lots of meetings around this process. We were able to make these decisions fairly quickly, once we got to the real importance of what those measures are to the shareholder.’’

The second thing is in the same example; diversity improved, which was a phenomenon, that was a good surprise out of the process.

Shawn Moren: The speed of trust. I know it's a work related book, but what I love about the speed of trust, and I’ll sum it up, to say that, you have to know when your employees need your help, and when they don't. So if somebody is amazing in a particular competency, or functional area, guess what, I’m going to let them fly. If I know that they're entering into an experience that is new for them, or they need a little bit of development, then I’m going to focus in there.

To really be clear on knowing who your employees are, and even your collaborative peers on where are their strengths, so that you spend your time on where they might need some development or support, and then where they don't, just let them go, create, fly, and it creates a great working environment for them, and it helps me identify where I need to just get out of their way and let them go.

Mason Stevenson: Thank you very much for your time.

Shawn Moren is the CHRO of the Regis Corporation.  She is also an advisory board member for the HR Exchange Network.  This interview was conducted during the CHRO Exchange where Moren was a speaker.  For more information about the CHRO Exchange, click here. 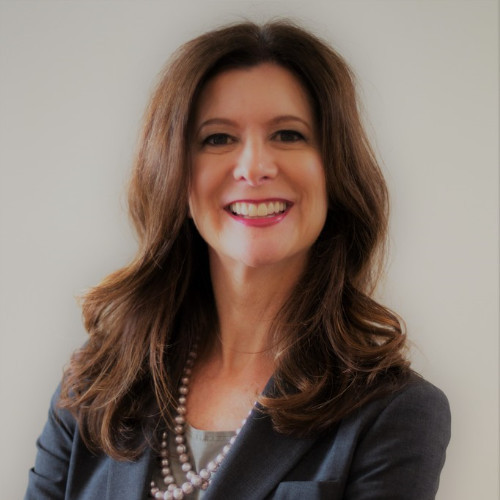